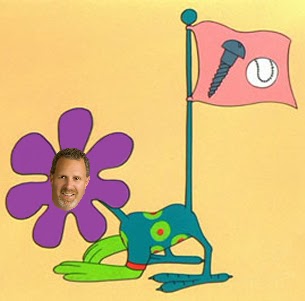 It's been a long, long while since I've gotten on the ol' Soapbox and written anything. There's been good reason.

First, inner-city education, no matter how much time I may have been able to dedicate towards blogging in the past, is damn hard work. It's both physically demanding and mentally exhausting to degrees that I'm not sure anyone can even comprehend. The constant churn and flux of students coming and going from rosters, not showing up for attendance, not turning in work, and then wanting to make everything up is enough to drive anyone up a wall.

Couple those constant pressures with my new duties as department chairperson, union representative, significant other to a first-year teacher, and now graduate student at UWM for Public Administration, and you have the makings of a person who just doesn't have the time to step onto the soapbox and spout.

While I may not throw my $0.02 into the ring as much as I used to, I'd like to think I'm working more and more on the ground towards real progress, not just being another voice in the echo chamber. I still keep up on the news of the day, that's for sure, but working for change on initiatives within MPS, attempting to be active at the local party level, and supporting with kind words and bits of advice friends who are now seeking local office this spring, fulfills my desires more than just writing for writing's sake.

I do plenty of that with my classes, believe me.

But just like any good high, when I'm in the mood to write, like right now, it just flows and feels so good. Hence why I couldn't help but step onto the soapbox today with the news that my old nemesis State Sen. Rick Gudex of Fond du Lac had decided to step down. You can read his press-release on the matter HERE.

Sen. Gudex's victory in 2012 came at the tail end of my time living in my native Fond du Lac. I was busy doing some doors and other nominal volunteer work for then Sen. Jessica King's campaign, but time was hard as I had just been hired in Milwaukee and was making a daily commute after landing a job with MPS. The fact that only 590 votes was what separated Sen. King and now Sen. Gudex's victory haunts me to this very day.

His campaign, and subsequent election, gave me the drive to write some of my earliest entries on this site. (Grammar, HOLY COW, the horrid grammar...)

Such as THIS dandy, which is one of the first times I ever really felt like a sleuth. This is when I managed to capture the early version of Sen. Gudex's campaign website, and see some of the crazy written-word commentary that he had about his vision for Wisconsin. (Transferring government jobs to the private sector? Yikes!) 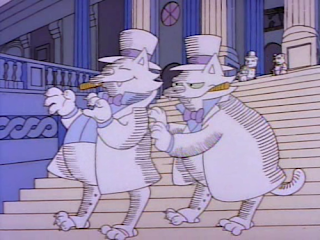 Then of course there were the constant, constant barrage of ads from the American Federation for Children. (Now the Wisconsin Federation for Children.) The obscene amount of money that they dumped into his campaign to expand vouchers statewide was nothing short of revolting. Dan Bice wrote about it in the Journal-Sentinel after his election, and seeing the unfettered expansion of vouchers over the last two biennium budgets have left a legacy that's hard to stomach for this public school educator.

Sen. Gudex will likely go down in history and be remembered as the pawn senator for the voucher lobby.

Scott Jensen, Jim Bender, and the rest of the voucher cohort in this state had a heavy friend in Sen. Gudex, who was nothing more than their vote. He never considered the legislation, he never offered any substantive changes towards what proposed policies were, never spoke out in passionate advocacy of any policy, he was just there as a vote. A vote you could depend on if you supported vouchers.

The closest Sen Gudex came towards really making any statewide waves was his time on WEDC, where he thought his backgroundt in manufacturing might be of benefit. But time, and time, and time again we have seen how the WEDC has been a comedy of errors that is now costing the state money and making Wisconsin the laughingstock of economic development. How much of this is directly attributable to the Senator is a point of debate, but his appointment to the board and now stepping down only reinforces the narrative that the WEDC is a circus act.

On the local front in his district, aside from taxpayer anger from his expansion of vouchers, what's Sen. Gudex's legacy? Probably the fact that he did some good work with historic preservation tax credits. However even that has been a dumpster-fire of combustibles in Fond du Lac, where a local business in Commonwealth Construction Corporation has been the target of local residents towards it's use of tax credits to refurbish and rehab old buildings into income-based and affordable housing. Needless to say, a quick spot check of the GAB's campaign finance system shows close ties towards and their owner of the company and Republican donations.

I feel like the company is unfortunately the scapegoat target of people's anger. People who see the decaying middle class and mid-level job opportunities from their city and see another scapegoat in new arrivals to town who are themselves seeking better conditions than where they came from. While Sen. Gudex's work might not directly relate to this particular company's projects and history of rehabbing buildings, there are easy lines to be drawn in people's heads, and quid-pro-quo ala the voucher votes ring loudly in people's minds.

I'm hopeful that Sen. Gudex's tax credit changes bear fruit for communities in Wisconsin, and I think in many ways they will. But it's not much to hang your hat on when you are seen by so many as just "the voucher Senator."

As for this somewhat surprising news, I actually caught wind that Sen. Gudex was not running for reelection about three weeks ago from a well-place source and friend of mine. The reason that he heard about why the Senator was not running related to him being unhappy with the pay that he received and became eager to make more money. Which is why I find THIS Wisconsin Eye report where Sen. Gudex says that he got an offer he "couldn't refuse" to be so funny, because it essentially confirms it. Money does drive all... 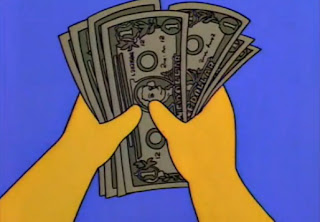 There is still that nagging part of me which wonders why Sen. Gudex would run for the position when he knew very well the pay structure. The answer likely lies in the fact that Republicans did a bang-up job in the Fox Valley during the 2000's and early 2010's building their bench to the point where when they had control of the legislature, they could dominate. Sen. Gudex, Rep. Jeremy Thiesfeldt, they were both active and vocal forces on the Fond du Lac City Council before being called in as "next-man-up" by the Republican Party when seats opened up.

While I may have written many posts in this blog, especially in it's early days, with the intent of besmirching Sen. Gudex, I think Democrats can learn a valuable lesson by viewing his ascension in politics. Bench building at the local level is important to practice as a political party, and has lasting ripple effects. During the mid-2000's, we didn't learn this lesson, which is why today they are only now beginning to recover from such a period of drought.

Running candidates at the local level for councils, boards, and committees are vital in growing the candidates who are able to garner name recognition and already know "the game" when a seat. Just look at how Sen. Gudex's announcement today was almost immediately followed by the Fond du Lac Co. Republican Party Chair announcing he was running for the seat. My senses tell me that when Sen. Fitzgerald says he's met with other candidates, that we will see even more throw their hat into the ring than just Dan Feyen. 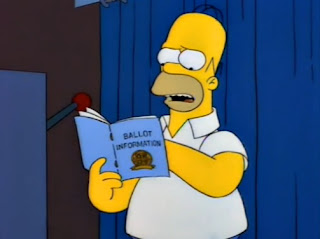 Democrats have pockets of bench in Wisconsin, but sadly the building process is in many respects short. Groups like Wisconsin Progress have done yeomen's work on this front, and the Democratic Party itself has had programs in the recent past past have done much to promote candidate development, but years of inept backwardsness during the 2000's and the recall battles after Act 10 left the party with few people to ascend through the ranks. It's only now that we're coming to a point where we can challenge again.

With the historic data suggesting Democrats can win back the State Senate in 2016, this prime time to start building towards a new Democratic majority in Wisconsin. One where those who got active during Act 10 can blossom and come into their own, and one where Millennials and successors to them (Gen Z?) can propel the state into the 21st Century. 2016 is about the present, sure, but it's just as much about 2018's gubernatorial election, 2020's redistricting election, and 2022 when the new maps, whatever they look like, go into effect.

But the lessons of 2012 and the King/Gudex race still loom large for me, as well they should for everyone.

Money matters a great deal, as we can't win seats without putting up a fight. That takes cash and not just Facebook (or blog) posts about activism. It takes staff, mailers, ads, airtime, and knowledge. However, votes still come from the old-school tactics of voter contact, boots on the ground doing walk-packets, and Wisconsin's tradition of retail politics.

Which is why 590 votes matters.

With local elections only a few months away and nomination papers about to be pulled, candidates should learn to use the data. Follow it, plan with it, raise money to move your game with the aid of information. That's how we win the Senate in 2016, the East Wing in 2018, and have a voice in redistricting come 2020.